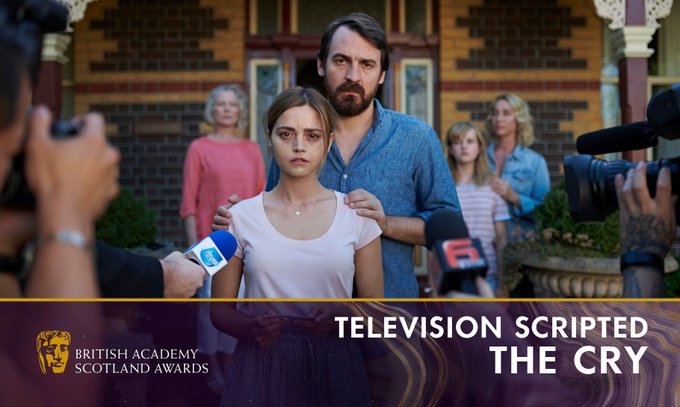 The Cry was nominated in three categories, taking home the BAFTA Scotland award for Television Scripted against tough competition of The Victim (STV Productions/BBC One) and Two Doors Down ( BBC Studios Scotland/BBC Two).

The awards took place on Sunday 3rd of November at the new venue of the Double Tree by Hilton Central Glasgow presented by Edith Bowman. For more information on the winner and nominees, head over to the BAFTA Scotland Website.